Roman Catholic Priest and the patron saint of youth and teachers
Born in 1815, St. John Bosco became a priest in 1841 and provided an education for young boys. He also led young people to study the study of the faith. He opened the Oratory of St. Francis de Sales for boys. Several wealthy and powerful patrons contributed money, enabling him to provide two workshops for the boys, shoemaking and tailoring. He published religious pamphlets and concentrated on mission work. He died in 1888 and was canonised in 1934, being given the title of the ‘Father and Teacher of Youth.’ 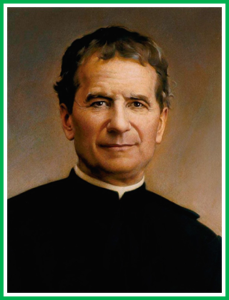 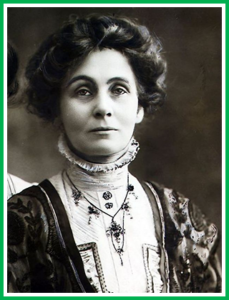 Pioneered for female rights in Britain
Born in 1858, Pankhurst was instrumental in securing the vote for women and championing women’s rights. In 1903, Emmeline Pankhurst founded the Women’s Social and Political Union, which used militant tactics to agitate for women’s suffrage. Pankhurst was imprisoned many times, but supported the war effort after World War I broke out. Parliament granted British women limited suffrage in 1918. Pankhurst died in 1928, shortly before women were given full voting rights.

Visible spokesman and leader of the American Civil Rights Movement
Born in 1929 in Atlanta, Martin Luther King became a Baptist minister and social activist who led the civil rights movement in the United States from the mid-1950s. His leadership was fundamental to that movement’s success in ending the legal segregation of African Americans in the South and other parts of the United States. King rose to national prominence as head of the Southern Christian Leadership Conference, which promoted nonviolent tactics, such as the March on Washington (1963), to achieve civil rights. He was awarded the Nobel Peace Prize in 1964. He was assassinated in 1968. 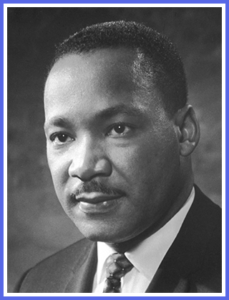 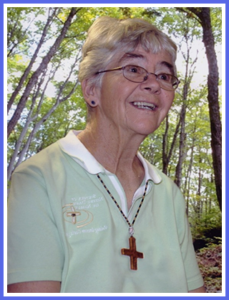 Sister, devoting her life to saving the land in the Amazon Rainforest. She lost her life as a martyr during her missionary work in Brazil
Born in Dayton in 1931, Dorothy was one of nine in a lively and devout Catholic family. In 1966 she moved to Brazil as a missionary. She learnt the languages and set up remote parishes. She walked the forest and met with the poorest farmers. She set up dozens of base communities and taught them the Gospel. She launched 23 schools and created a structure for the poor to claim their land. Dorothy dedicated her life to serving the people of the Amazon and saving the land. In 2005, whilst travelling to meet some poor farmer, she was approached by two assassins. “Do you have a weapon?” they asked. Yes, she answered, showing them the Bible she carried for decades. She opened it and began to read aloud: “Blessed are the poor in spirit. Blessed are those who hunger and thirst for justice. Blessed are the peacemakers …” Then, she said, “God bless you, my sons.” She was shot 6 times, with her body left on the dirt road for days as the locals feared moving it for the threat of being shot. Dorothy devoted her life to serving people through God and to helping save the Amazon environment, and eventually losing it as the ‘Martyr of the Amazon’.

Catholic priest who sacrificed his own life for another’s in Auschwitz during WW2
Born in 1894, Saint Maximilian Kolbe was a Polish Franciscan Friar. He was arrested by the Nazis for hiding Jewish people and was sent to the concentration camp of Auschwitz. When the Nazi guards selected 10 people to be starved to death in punishment, Kolbe volunteered to die in place of a stranger. He was later canonised as a martyr. 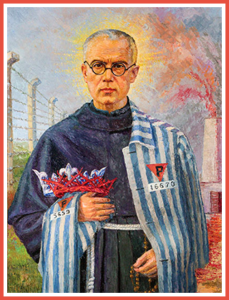 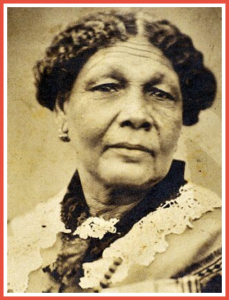 Inspirational Jamaican nurse, who gave selflessly, and overcame obstacles, to help the wounded
Born in 1805 and died in 1881, Mary Seacole was a Jamaican healer who faced unfairness and discrimination as a black woman when she tried to volunteer as a nurse during the Crimean War (1854-56). When the British turned down her offer of help, she decided to go to the Crimea independently. She set up a British Hotel near the frontline to provide comfort and supplies to the army. She rode nearly every day to the battle front to give out medicines and nurse the injured and dying. She was very well known when she returned to England but was largely forgotten after her death. Mary received four medals from a grateful British Government and in 1857 eighty thousand people turned up to honour Mary in a four-day gala held to raise money for her. In 2004 she was voted number one in a poll of Great Black Britons.

Influential Archbishop of El Salvador who advocated for the rights of the poor
Born in 1917, Oscar Romero was a Roman Catholic Archbishop who stood up for the freedom and justice of his people. He was a vocal critic of the violent actions of the government armed forces and defended the poor who were powerless victims of widespread violence. He was nominated for the Nobel Peace Prize in 1979, and was sadly assassinated a year later whilst saying mass. 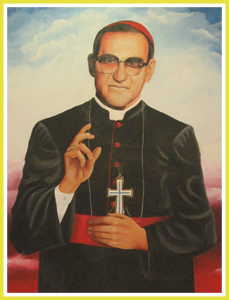 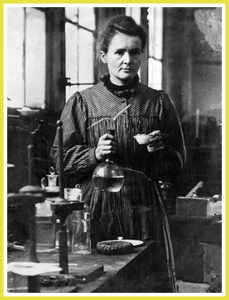 Influential scientist, who developed use of radiation in medicine
Born in 1867 and died in 1934, Marie Curie was a Polish-born French physicist, famous for her work on radioactivity and twice a winner of the Nobel Prize. With Henri Becquerel and her husband, Pierre Curie, she was awarded the 1903 Nobel Prize for Physics. She was the sole winner of the 1911 Nobel Prize for Chemistry. She was the first woman to win a Nobel Prize, and she is the only woman to win the award in two different fields. Throughout her life she championed the use of radiation in medicine and fundamentally changed our understanding of radioactivity.

We use cookies on our website to give you the most relevant experience by remembering your preferences and repeat visits. By clicking “Accept All”, you consent to the use of ALL the cookies. However, you may visit "Cookie Settings" to provide a controlled consent.
Cookie SettingsAccept All
Manage consent

This website uses cookies to improve your experience while you navigate through the website. Out of these, the cookies that are categorized as necessary are stored on your browser as they are essential for the working of basic functionalities of the website. We also use third-party cookies that help us analyze and understand how you use this website. These cookies will be stored in your browser only with your consent. You also have the option to opt-out of these cookies. But opting out of some of these cookies may affect your browsing experience.
Necessary Always Enabled
Necessary cookies are absolutely essential for the website to function properly. These cookies ensure basic functionalities and security features of the website, anonymously.
Functional
Functional cookies help to perform certain functionalities like sharing the content of the website on social media platforms, collect feedbacks, and other third-party features.
Performance
Performance cookies are used to understand and analyze the key performance indexes of the website which helps in delivering a better user experience for the visitors.
Analytics
Analytical cookies are used to understand how visitors interact with the website. These cookies help provide information on metrics the number of visitors, bounce rate, traffic source, etc.
Advertisement
Advertisement cookies are used to provide visitors with relevant ads and marketing campaigns. These cookies track visitors across websites and collect information to provide customized ads.
Others
Other uncategorized cookies are those that are being analyzed and have not been classified into a category as yet.
SAVE & ACCEPT